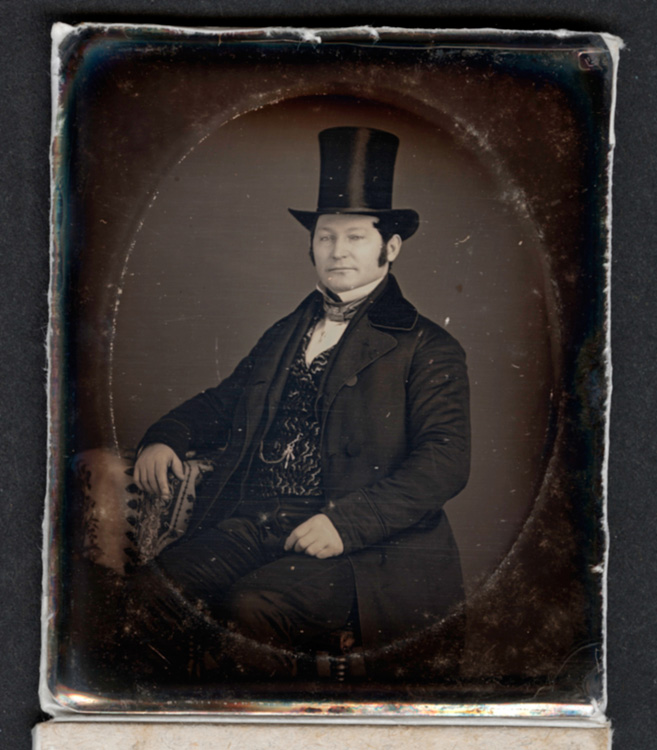 Focusing on the ear in the third known image of Levi Strauss, the viewer will see a pronounced Antihelix, which is further emphasized by a deep Fossa Triangularis.

His eyebrows are faint, and the Pinna lacks contrast. Nevertheless, one can see a faint outline of a prominent Antihelix. It is more evident on the plate.

We do not see an Irishman or a Mexican, or an Indian chief. We see a richly attired, plump, German Jewish merchant.

The Levi Strauss daguerreotype is, I understand, the only known original photographic image of this gentleman, all others destroyed in the great San Francisco earthquake.

Levi Strauss was not a military commander, nor a great scientist, or political leader. He was merely a merchant. And yet, when the news of his death reached the multitude of American working men, there was a pause, and silent tribute. It was as though a friend had died.

Today, Levi’s are ubiquitous not merely in the United States, but globally.

Surely his legacy has staying power, and I am now thinking that long into the future Levis will be with us.

Here we see him, Levi Strauss.