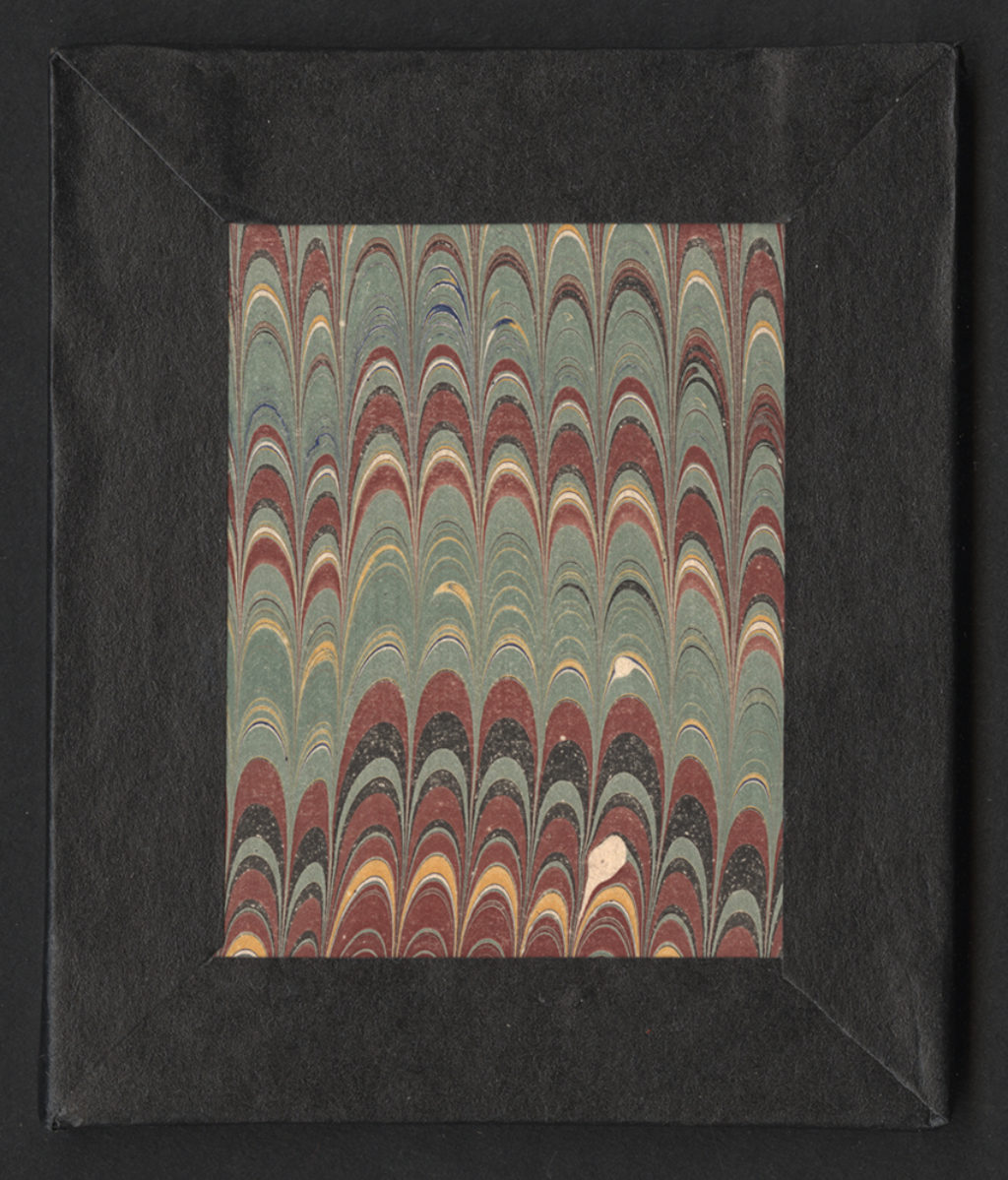 The tintype was acquired without its original presentation housing. This protective packaging was put together by Grant Romer.

The moment I saw this tintype image I was vaguely reminded of J. Paul Getty. Its owner related that it had been amongst the possessions of the Stahl/Dilschneider families. Upon researching these two families I learned of the Getty connection. These two families, engaged in horse racing, had an apparently close relationship with Jacqueline Getty Phillips, one of the wives of J. Paul Getty’s oldest son, George Getty ll.

George Getty II pre-deceased his wife, Jacqueline.  Thus, the family photographs that might have been in George II’s possession would have come under Jacqueline’s care.

It appears that the young boy’s forehead hairline has a slightly off center widow’s peak which is clearly seen as well in Getty’s known photographic images. The head hair is superb. Every aspect blends. Dear reader, see where he parts his wavy hair in the license image, and compare it to the hair part in the tintype. Please note the hair growth on both sides of the forehead, where the red, orange, green, and blue arrows are pointed. The nose is excellent. The upper lip and philtral columns are excellent.

The ears, to the extent we can see them, are excellent. The shape of the Helix is the same.  The Lobules are free hanging, and exactly the same shape. The Tragus and Intetragic Notch are identical, and the Cymba Conchae is identical.

Biometric comparisons reveal that the boy’s face is vertically shorter than the adult Getty.  If the tintype was of an adult the difference in vertical measurement would likely close the case. However, we are here dealing with the photographic image of a boy, not a full-grown man.  I asked Dr. Frechette whether the boy’s face could have gown vertically?  He answer was, simply, “yes”. This is especially so if the age of the boy is say, 12 years, or 13.

On the other hand, the eyebrows do not match.  The boy’s eyebrows are thin while the eyebrows in Getty’s known photographic images are thick. Accordingly, the only negative I see are the eyebrows.

The lower lip comprises the entire portion below the opening of the mouth to the origin of the chin below.

Laterally, the lower lip extends up to a line drawn from the corner of the mouth (commissure) to a line horizontally drawn at the top part of the chin. The red part of the lip is called the vermillion. Below this is the lip proper made up or facial skin, subcutaneous fat of various thickness (which contain some of the blood vessels and nerves). Still deeper are the various muscles that activate the mouth. They are primarily the orbicularis oris which makes up most of the thickness of the lips (upper and lower). Underneath this (inside the mouth) is the mucosa and its glandular appendages.

Examining the known pictures of J. Paul Getty, one is struck by a peculiar fullness of lip below the vermillion, a fullness which extends its entire length and breadth. This seems to remain constant thoughout the years as represented by these photographs.  His lower lip is unusual.

The Lower Lip Of the Young Man

The picture of the younger man has a similar fullness in the outer portion of the lip.

The crease that the lower part of the lip makes with the chin (central portion) is present as it is in the known photographs of J. Paul Getty.

I see the fullness in the outer portion of the lower lip of the young man of tintype, but I do not see that fullness in the middle of the lip.  While the reason for this difference may be on account of the lighting in the photographer’s studio, I think it more likely that his youth may account for the difference.

Blois Polyclinic
Consultation Tour
3 Rue Robert Debre
41260 La Chaussee St. Victor
Blois, France
Tel. 02 54 44 41 83  and 3325444183
Fax 02 54 90 65 66
Claude N. Frechette, M.D., is a native of Lewiston, Maine. He received his education and medical training in plastic and reconstructive surgery in Paris, France, and the University of Pittsburgh, Pittsburg, Pennsylvania. He served, for ten years, as a Consulting Plastic Surgeon at the American Hospital in Paris, Neuilly, France, and for a number of French public hospitals in and around Paris.

“The meek shall inherit the earth, but not its mineral rights.”