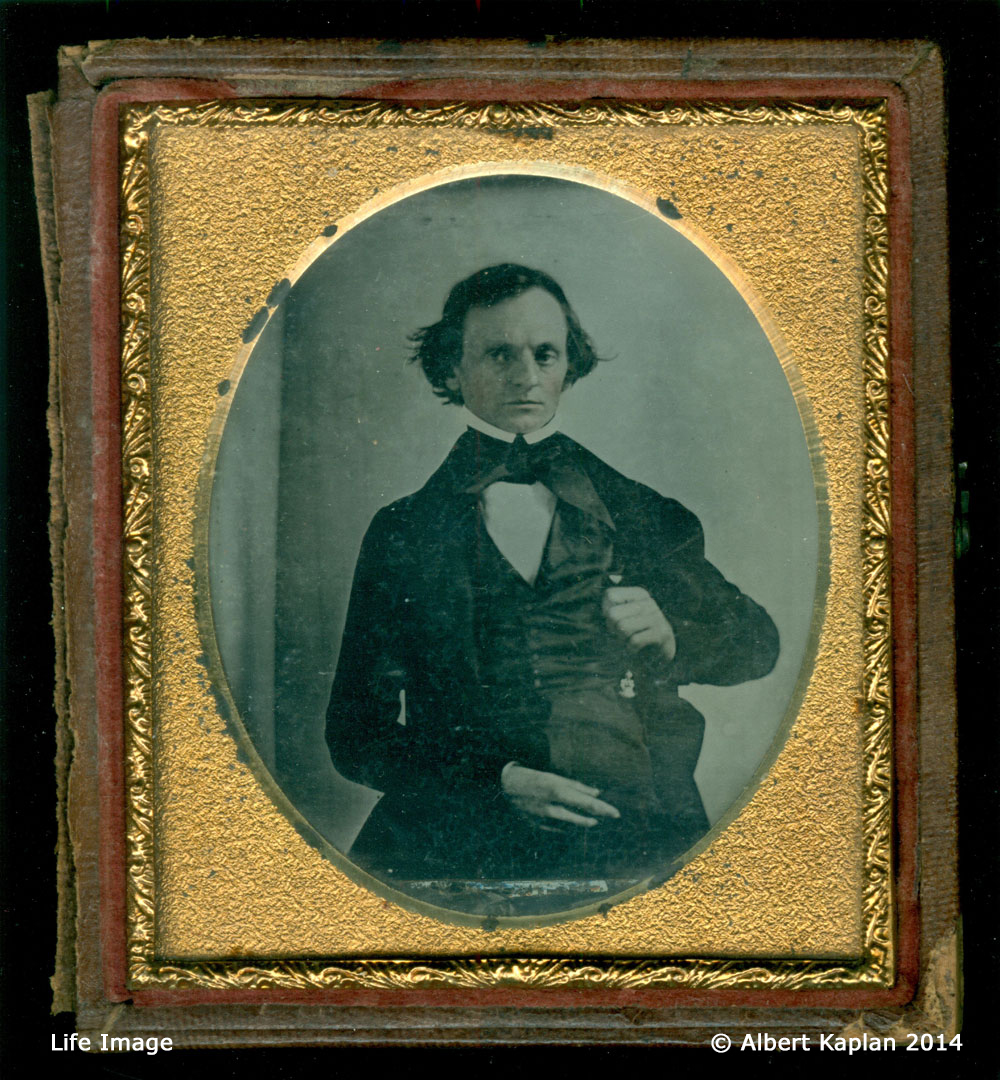 The brass mat and cover glass is bound to the plate with a paper tape. The binding is very well attached. As it is an original element, I did not want to disturb it.”

This ambrotype was offered to me by a British public figure who is a collector of cased images as well as 20th Century photographs.

How this ambrotype, of a now lost daguerreotype of Jefferson Davis, ended up in England, is a mystery.

“My own convictions as to negro slavery are strong. It has its evils and abuses…We recognize the negro as God and God’s Book and God’s Laws, in nature, tell us to recognize him, our inferior, fitted expressly for servitude…You cannot transform the negro into anything one-tenth as useful or as good as what slavery enables them to be.”