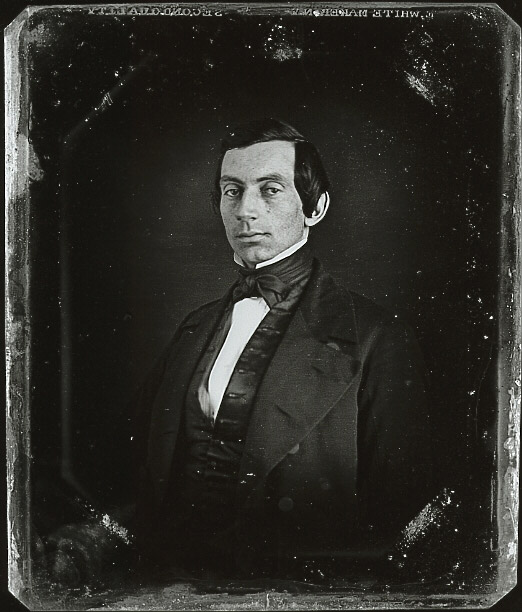 The daguerreian was brilliant. I say that the daguerreian was brilliant as an artist is brilliant, and his technical knowledge had to have been encyclopedic. If the daguerreotype was made in Louisville, he was surely T. E. Moore, a dentist as well as a great artist; together with a gentleman named Ward they were known as the itinerate daguerreian team of Moore & Ward. (Dear reader, please note that I am not certain that the daguerreotype was made in Louisville in 1841. Thus, what I write about that possibility is not more than a possibility, however likely I feel it is correct.)

Of course, Lincoln is the crown jewel of the collection. It is the most important photograph known.

Ideally the Lincoln daguerreotype ought to be a gift to the American people with the provision that it will be treated as a personal possession of the sitting president.

As to its monetary value, surely not less than a painting by Paul Gauguin, so far the highest priced object of art at $300 million, a relatively recent acquisition by an Oman collector. The Lincoln daguerreotype’s monetary value should never be less than the highest sum paid for an object of art. Surely not less; likely more. I recall the words of a Connecticut dealer in photographia, Joe Buberger, to whom I was introduced by Grant Romer. He declared, “Your daguerreotype of Abraham Lincoln is worth more to the American people than a carload of Van Goghs.”