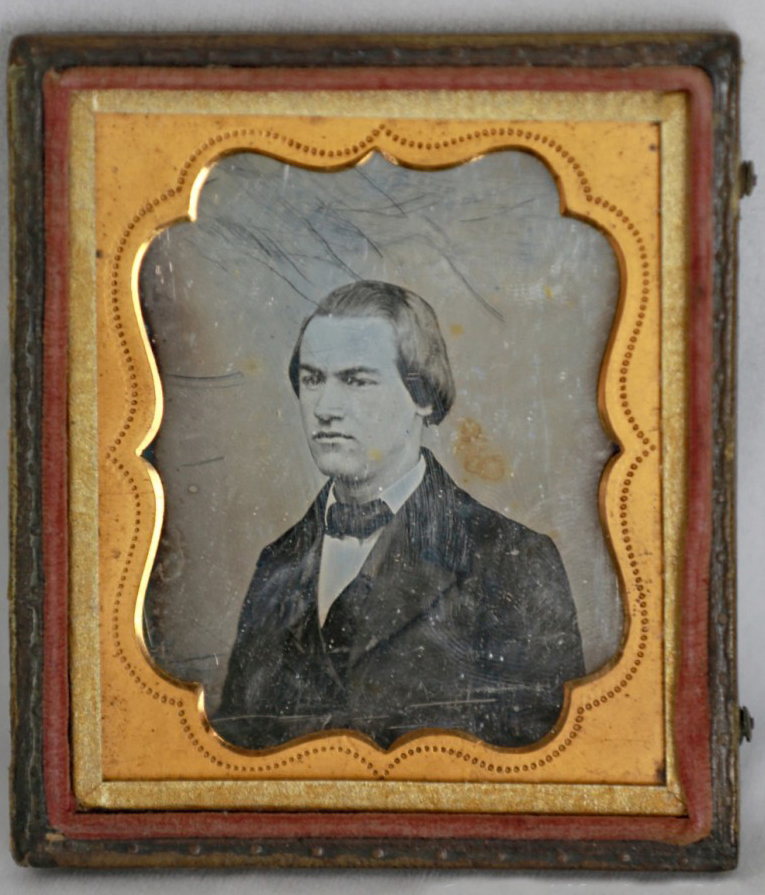 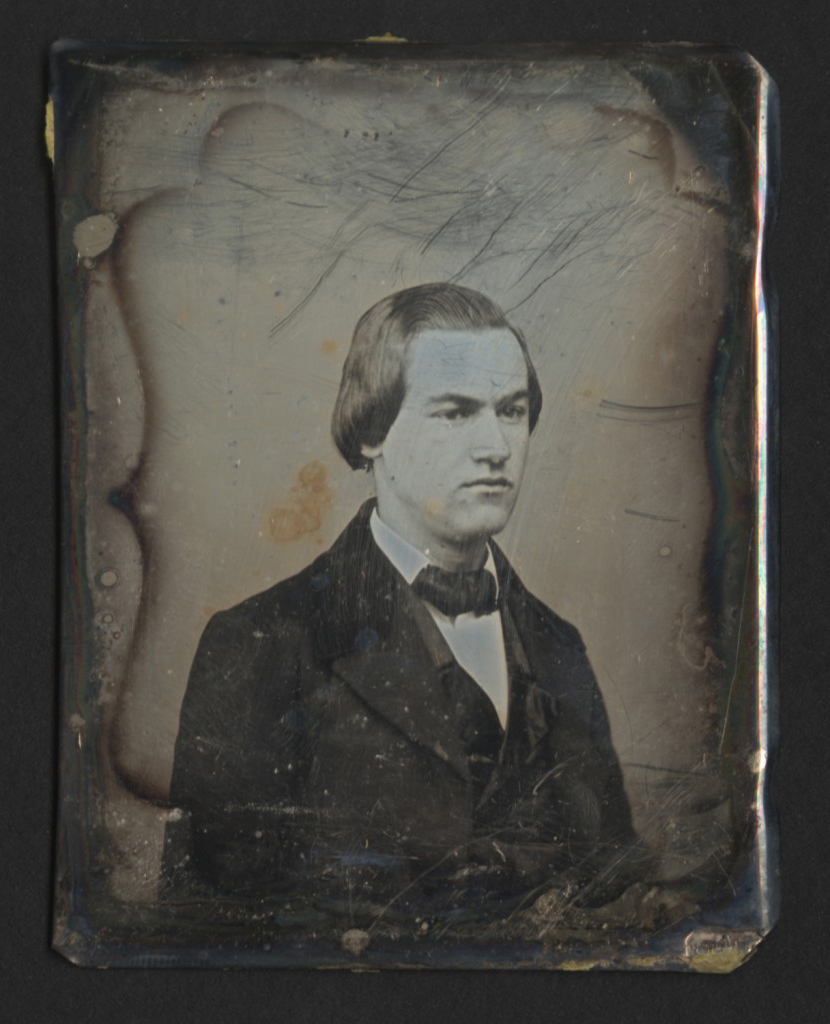 Please note the well fitting double breasted satin vest, and velvet suit collar, clearly an upscale attire that had to be custom tailored.  As Andrew Johnson was a custom tailor, this high quality attire could be expected.

The question arises, when was this daguerreotype made?  While we will likely never certainly known the answer, we can surely arrive at a reasonable range of possibilities.  How old does he appear to be?  He seems to me to be in his early 30s.  If he was, say, 33 years of age when this daguerreotype was made, the date would have been 1841, very early, too early, in my opinion, for a daguerreotype of this excellent quality.

As his congressional term began in 1843, when he was 35 years of age, it seems more likely this daguerreotype was made at that time, perhaps in Washington.

The conflict between President Andrew Johnson and the Congress, which nearly resulted in his removal from office, hardly makes sense to present day students of those times. As I understand the matter, the very core of their differences centered around Johnson’s Southern roots, and his deeply held belief that the freed African Negros should not receive citizenship and the right to vote.

The following video has been produced by Bob Schmitt, the founder of Biometrica, Inc, which provides biometric facial identification security to casinos. All individuals who enter a Biometrica-covered casino are unobtrusively photographed, and compared to a large database of persons who for different reasons are not welcome patrons. He is one of the pioneers and leaders of the biometric facial identification industry.

Certainly, this daguerreotype plate had been fitted into a case, the outline of the mat proof thereof. I received merely the plate, and it seemed to me that the housing had long before fallen away. The plate has been very roughly handled. Now fitted up with new housing, made to appear similar to the original housing, (put together by no less than Grant Romer), the result is excellent, as good as can be done.

From what I have been able to figure out, largely through the advise of Dolly Boyd of the Museums of Tusculum of Tusculum College, (which includes the Andrew Johnson Museum), this daguerreotype is very likely the only extant original photographic image of President Andrew Johnson.