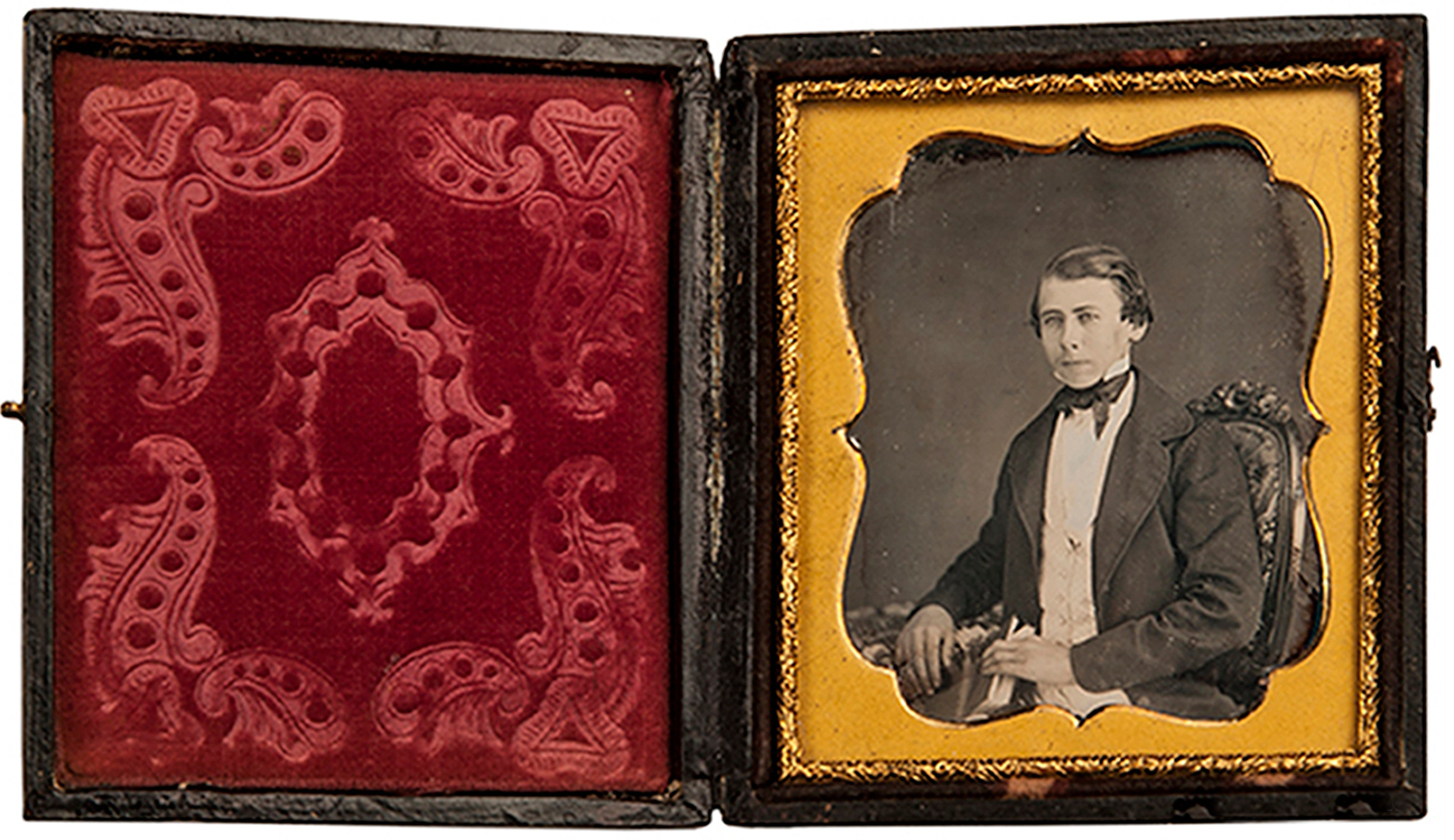 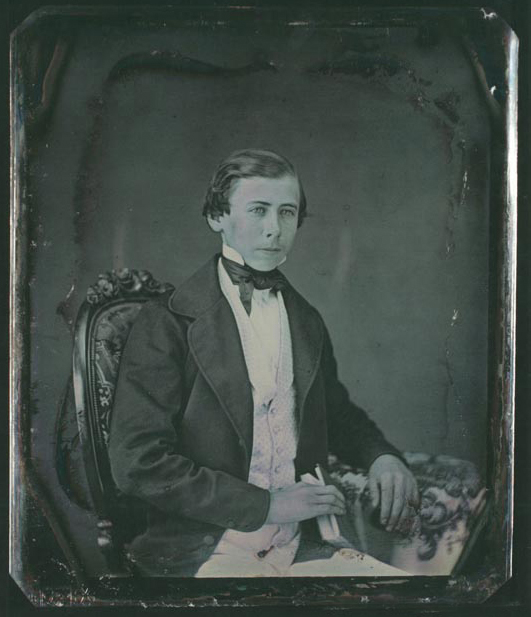 We draw the viewer’s attention to what appears to be a missing button on the cuff of his suit-coat. And, if the reader will focus on his lap you will see what appears to be that very missing button with its thread attached! Thus, unbeknown to young Rockefeller, the button with the attached threat came off at the very moment he sat down to have the daguerreotype taken.

Knowing his fastidious nature, it is reasonable to assume that, when realizing the “button problem”, Rockefeller rejected his intended disposition of the daguerreotype, which may have been as a gift to his Mother, or future wife, Laura Celestia Spelman, whom he had met, in 1855, when they were students at Folsum’s Commercial College.

Speaking of his wife, Laura Celestia Spelman, he said,

“Her judgment was always better than mine. Without her keen advice, I would be a poor man.”

The following videos were made by Bob Schmitt, the co-founder of Biometrica, Inc, which provides biometric facial identification security to casinos. All individuals who enter a Biometrica-covered casino are unobtrusively photographed, and compared to a large database of persons who for different reasons are not welcome patrons. He is one of the pioneers and leaders of the biometric facial identification industry.

What a lovely young man he was.  His high character is evident. It cannot be mistaken.