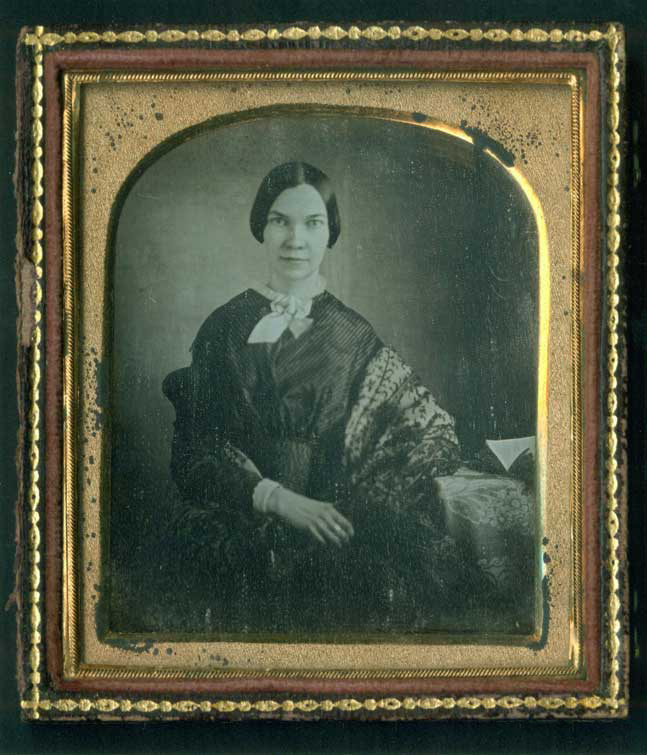 “One picture is worth ten thousand words.”

It is mystifying if not miraculous that my sister, Bertha, told me, on the telephone, (she in Arizona, I in Nevada), that she saw something or read something about Emily Dickinson, and she suggested that perhaps I would be able to find a daguerreotype of this lady! After speaking with Bertha I probably went to Google and typed in “Emily Dickinson” of whom I knew practically nothing. Was it that very day that I acquired the daguerreotype of Emily Dickinson? I do not remember. Maybe the next day? Maybe three days later? I do not have a clue. I am reminded of what I have said on several occasions, that I had nothing to do with acquiring the Lincoln daguerreotype, that G-d placed it in my hand. So I say here, that I had nothing to do with acquiring the daguerreotype of Emily. It was simply a miracle.

In this image we see an older Emily. Two hand surgeons I consulted reported identically that Emily suffered from a severe case of rheumatoid arthritis, a worsening condition. At a certain point, she was probably unable to walk.